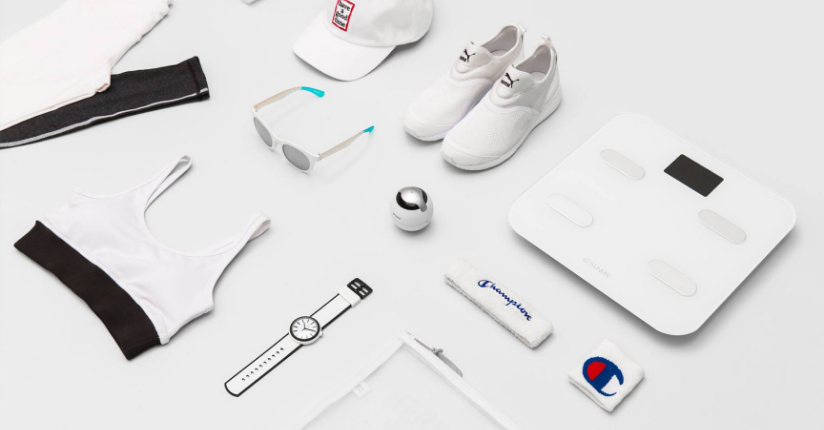 Trend Alert – The New Champion Activewear Logo Is Everything

Champion is making their long-awaited comeback this spring, but it was not all that unanticipated. The parent company of Champion activewear, HanesBrands Inc., has seen tremendous growth thanks to their second largest brand. The popular brand was once well sought after for athletic wear, which became a staple for soccer teams and young adults attending college. The Champion activewear brand flew under the radar after that, but suddenly their logo has been popping up on everyone’s Instagram feeds thanks to a convergence of trends and influencers who have a keen eye for the next best thing. It is safe to say that Champion is having a moment.

Champion activewear is banking off of three trends that have simultaneously converged to give them this sudden boost in popularity. To keep up on this year’s spring trends, following the rise in Champion’s success with their athleisure brand can help to highlight why their brand is booming.

Their logo hits all the marks with today’s youth.

Champion’s logo was redesigned in the 50s and has not changed much since. The familiar “C” that contains red and blue has become synonymous with the Champion activewear logo. The Champion brand became very popular in the 90s and 2000s, becoming a staple in the active community. The 90s were in favor of bold lettering and loud branding when it came to logos. The new generation of young adults are reverting back to these timeless brands that have a simple, yet recognizable logo.

Millennials are looking for a throwback.

Last year was the year of denim skirts, scrunchies, and overalls. Shockingly enough, the year was 2018. This resurgence of what is old becoming new is common from generation to generation. You might be able to recall someone saying, “If I keep it long enough, it will come back into style” and they aren’t wrong. Middle-aged adults can go through a teen or young adult’s closet and find items and even brands that they themselves wore when they were their age. Champion activewear not only ticks the box for a simplistic bold logo, but their brand also carries across a generation.

Streetwear is in style.

Streetwear has been popular for generations but really started to blow up the fashion scene in 2010. It can be defined by logo-heavy wholesale athletic wear or athleisure clothing items. So, why is it suddenly popular now? The simple answer is Instagram. Influencers and everyday people alike are experiencing the simple aesthetic that logos offer their feeds. This creates a boom in a brand, due to how far the photos can reach. Well-known luxury brands are seeking out streetwear labels to collab and release collections.

Champion activewear is sweeping the board when it comes to a hot trend. Buying Champion wholesale apparel can significantly impact a retailer’s profits positively, both short term and long term. There is a high demand for Champion apparel due to their highly sought after logo. Retailers need to take advantage of this opportunity to show consumers that they are in line with popular trends and will meet the demand for a product, which will create repeat customers that support the retailer.

Will this trend ever die?

Everyone knows the saying, “all good things must come to an end”. But, that isn’t necessarily the case for the fashion industry. Champion activewear has already stood the test of time and logomania does not seem to be going anywhere anytime soon. Champion has the benefit of falling in line with not only one, but three trends that will help it outlast other trends that seem to die off quickly. Even if logomania does die, Champion is also a very popular athleisure brand that will be heavily sought after for years to come.